Fire, smoke and water! Not a good mix for a mid century modern retail location and not good news for fans of A Modern Line...

I'm sure most outside our Tampa area and who are not currently connected to us on Facebook probably haven't heard the news that we were effectively put out of business for the short term on Feb. 18th. 2014. There was a fire that started in the restaurant next door early in the morning and although the fire department contained most of the fire to the restaurant, they ended up dumping an estimated 250,000 gallons of water on the building. I can't get my head around how many cubic feet of water that is, but I could definitely see what it did to our furniture and space. We incurred a huge amount of smoke and water damage. From the soot lines on some of the pieces of furniture, the water at times was at least 6 inches deep inside the building. The fire climbed into the truss work of the building and I know Tampa Fire Department did the best they could considering the situation. I've heard they had 60 personnel and several units on scene.About 11 AM they escorted my wife and myself in to try and retrieve important paperwork still wading through inches of water but wouldn't let us go any further.It was totally heartbreaking to see the last 2 years of work totally saturated and covered in heavy soot in standing water and not be able to do anything but wait until they allowed us back in the building.
That said, no one actually "allowed" me back in the building. If I'd asked, I'm sure they would have told me I couldn't go in. As soon as the fire department pulled out and the fire restoration company had access, I was pushing past them and pulling pieces out. I called my wife and told her to put up a post to friends on Facebook and within an hour we had a literal brigade of customers, neighbors and local businesses helping out with towels, cleaning supplies, boxes, tape and tons of help physically moving literally "everything" out of the building despite the treacherous conditions inside. This went on all afternoon into the evening in shifts with people coming and going as they had time to help and we managed to load out a large rental truck to stack in my limited warehouse space and fill it again to unload the next day to finish the work. I was in shock most of the day and totally exhausted, but we retrieved just about everything that was savable.
I am still overwhelmed by such a quick and unselfish swell of support on such short notice.
I happen to live in the greatest community oriented neighborhood in Tampa which is Seminole Heights. I'm quite sure there are few neighborhoods here in Tampa that someone in my situation could have asked and received so much help in such a time sensitive situation that would have had the same response!
Here's a few pics of the interior in the following days after we managed to empty. Not pretty! 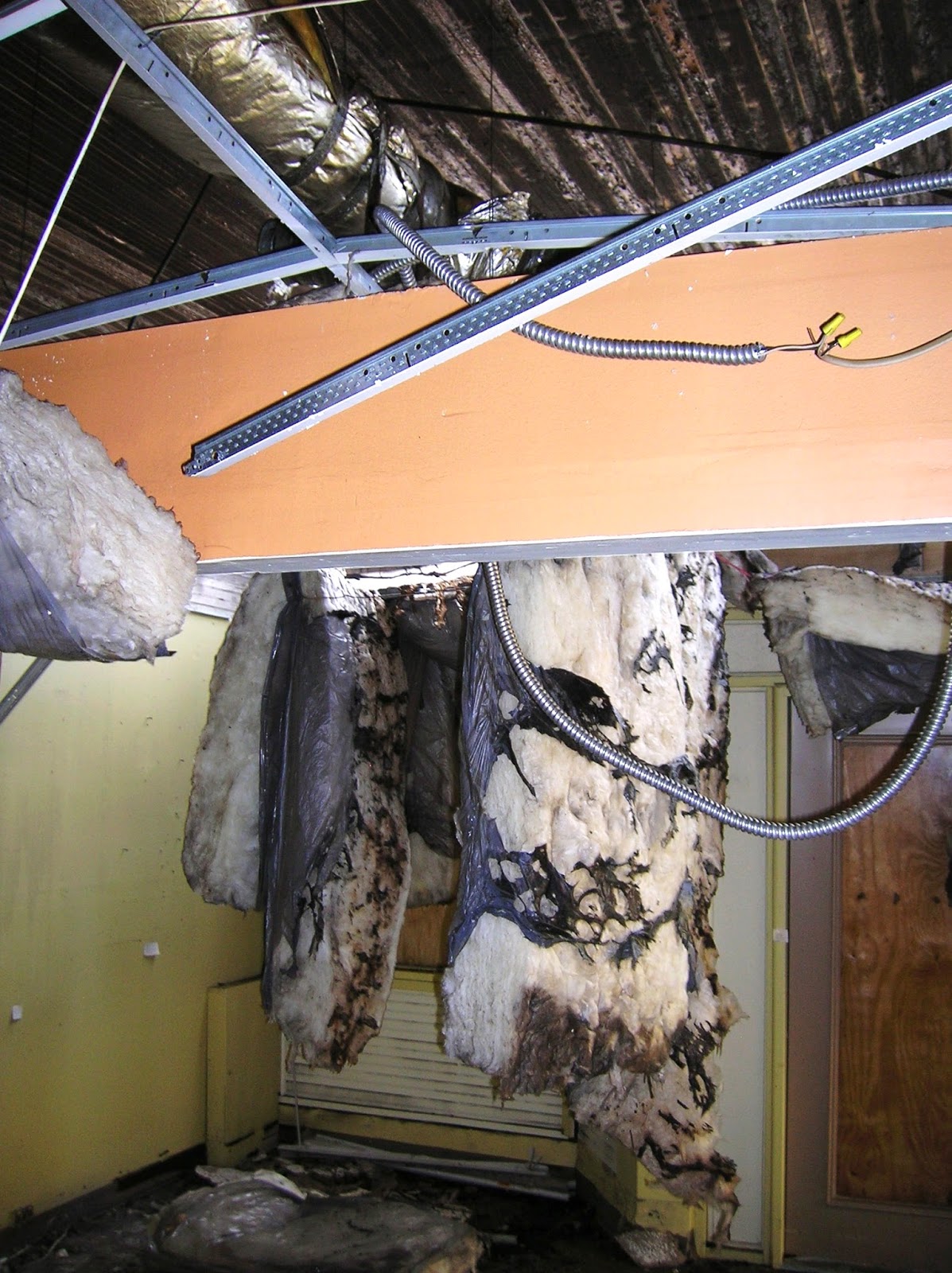 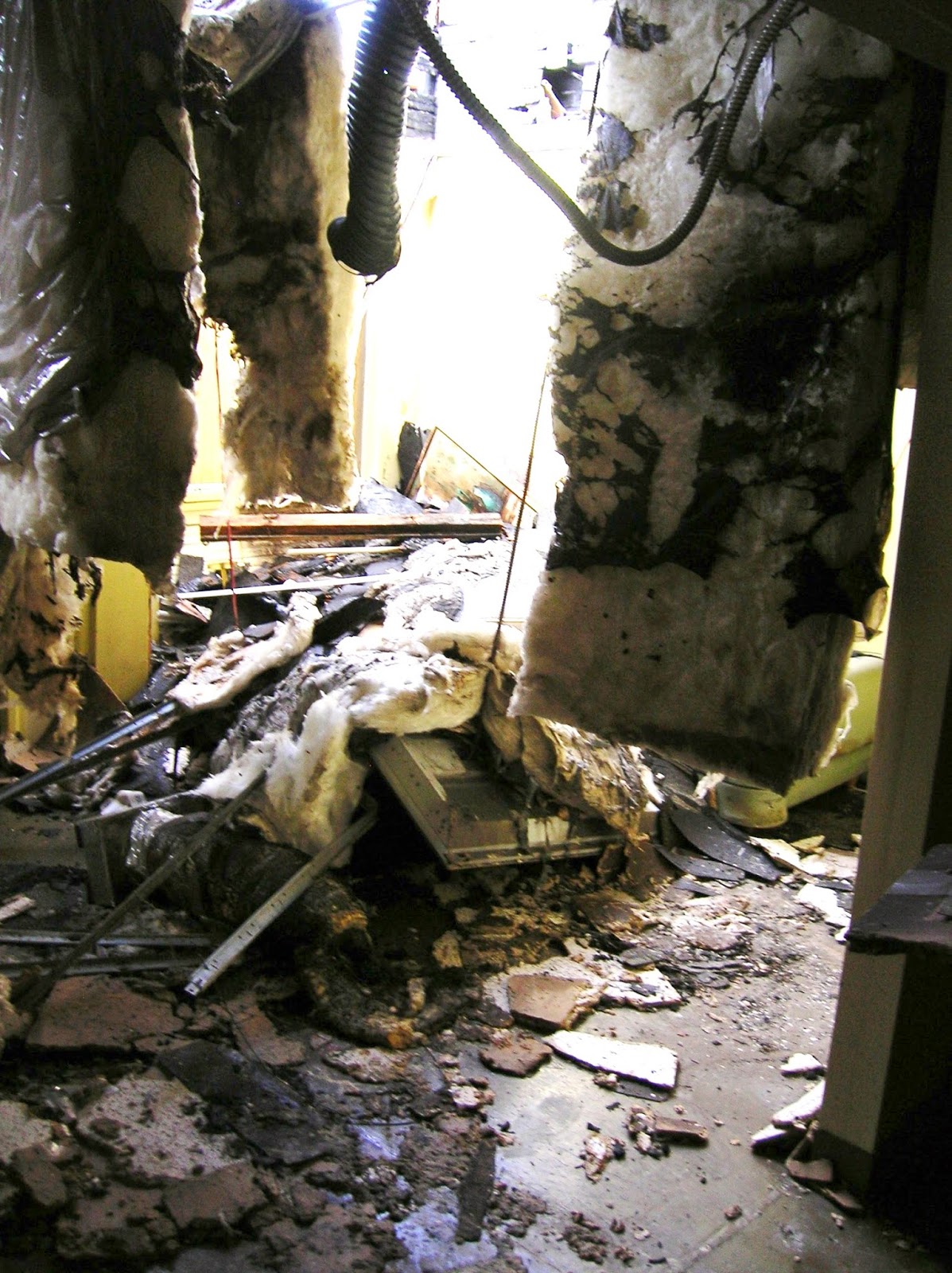 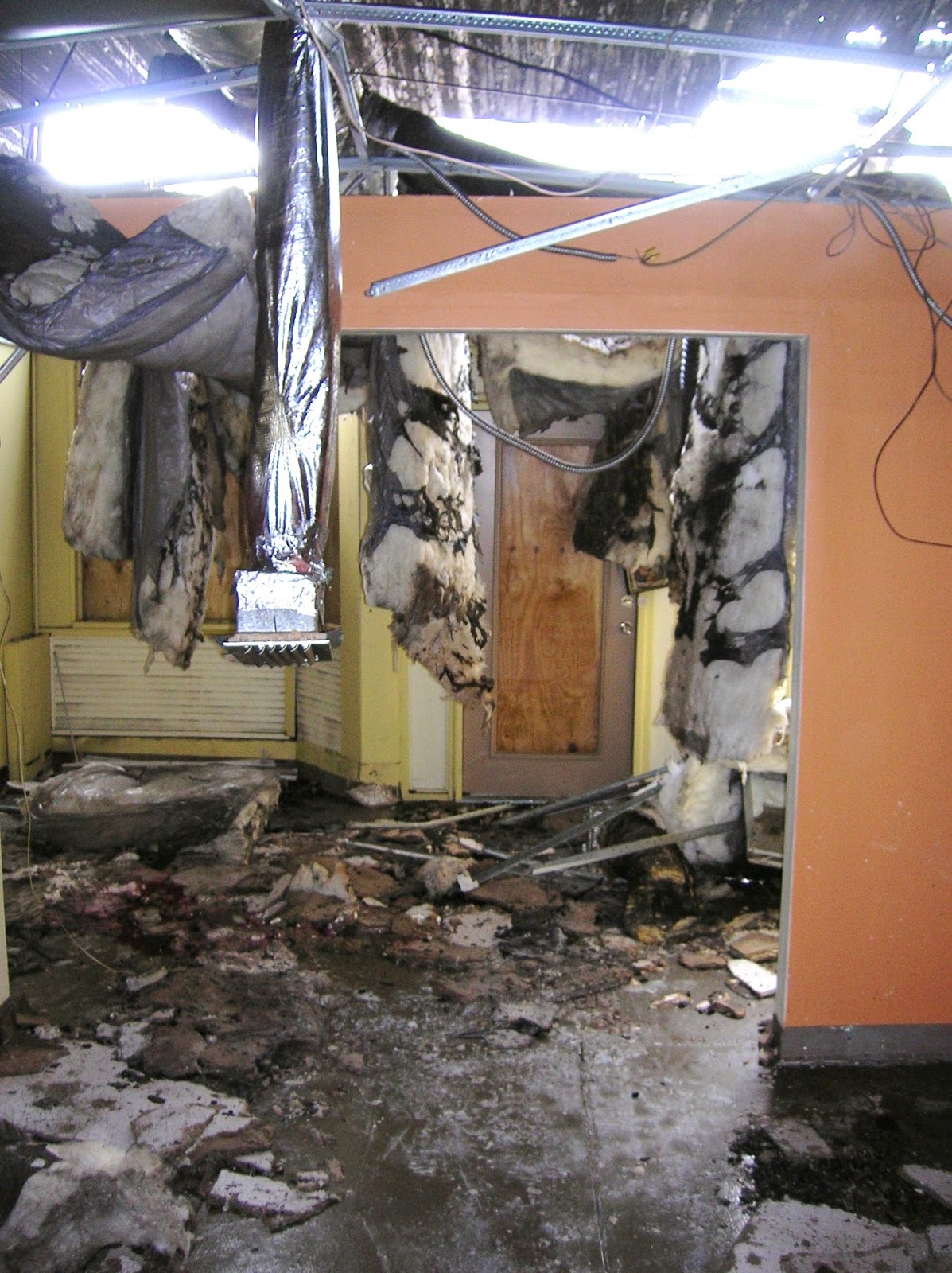 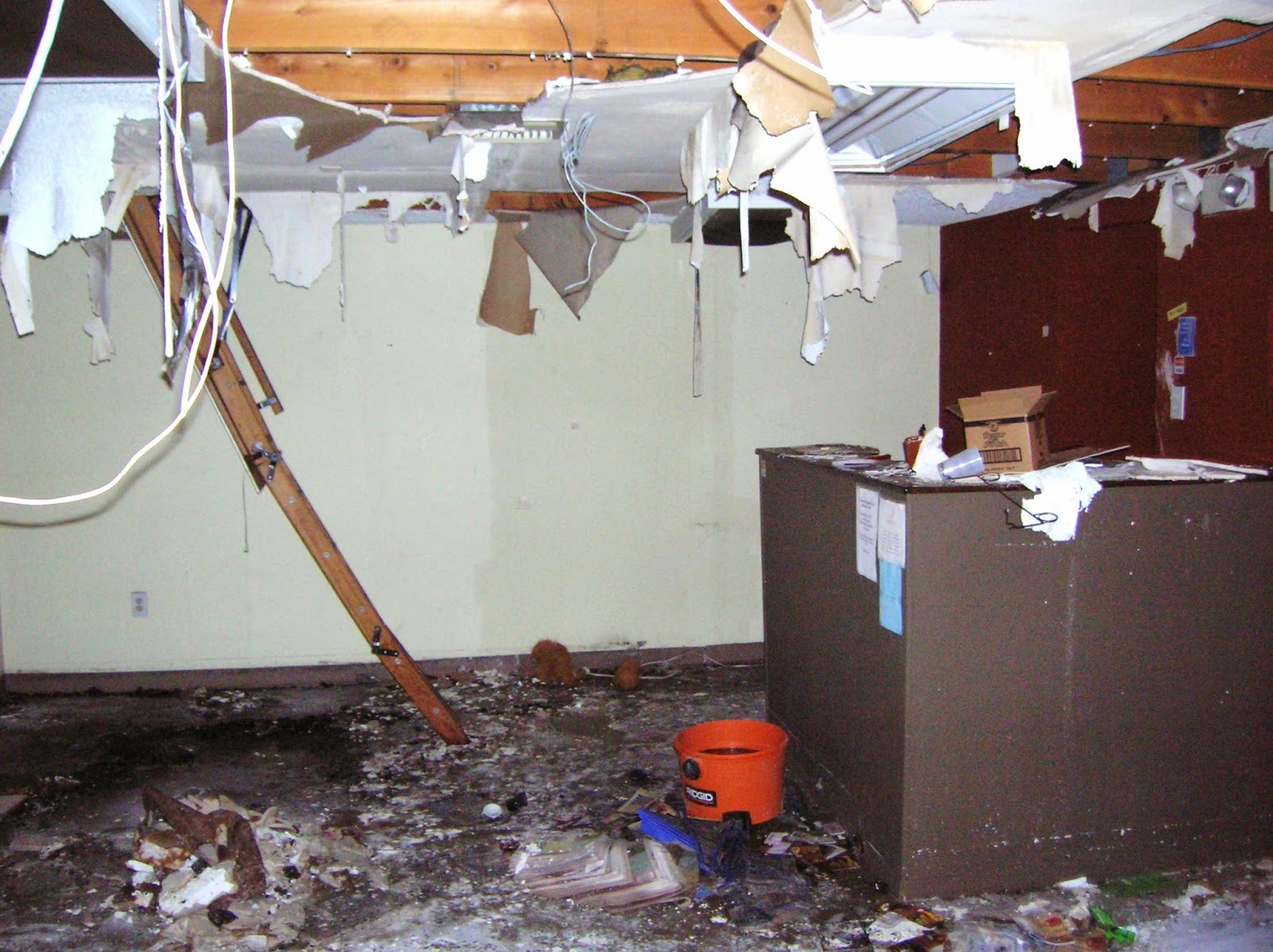 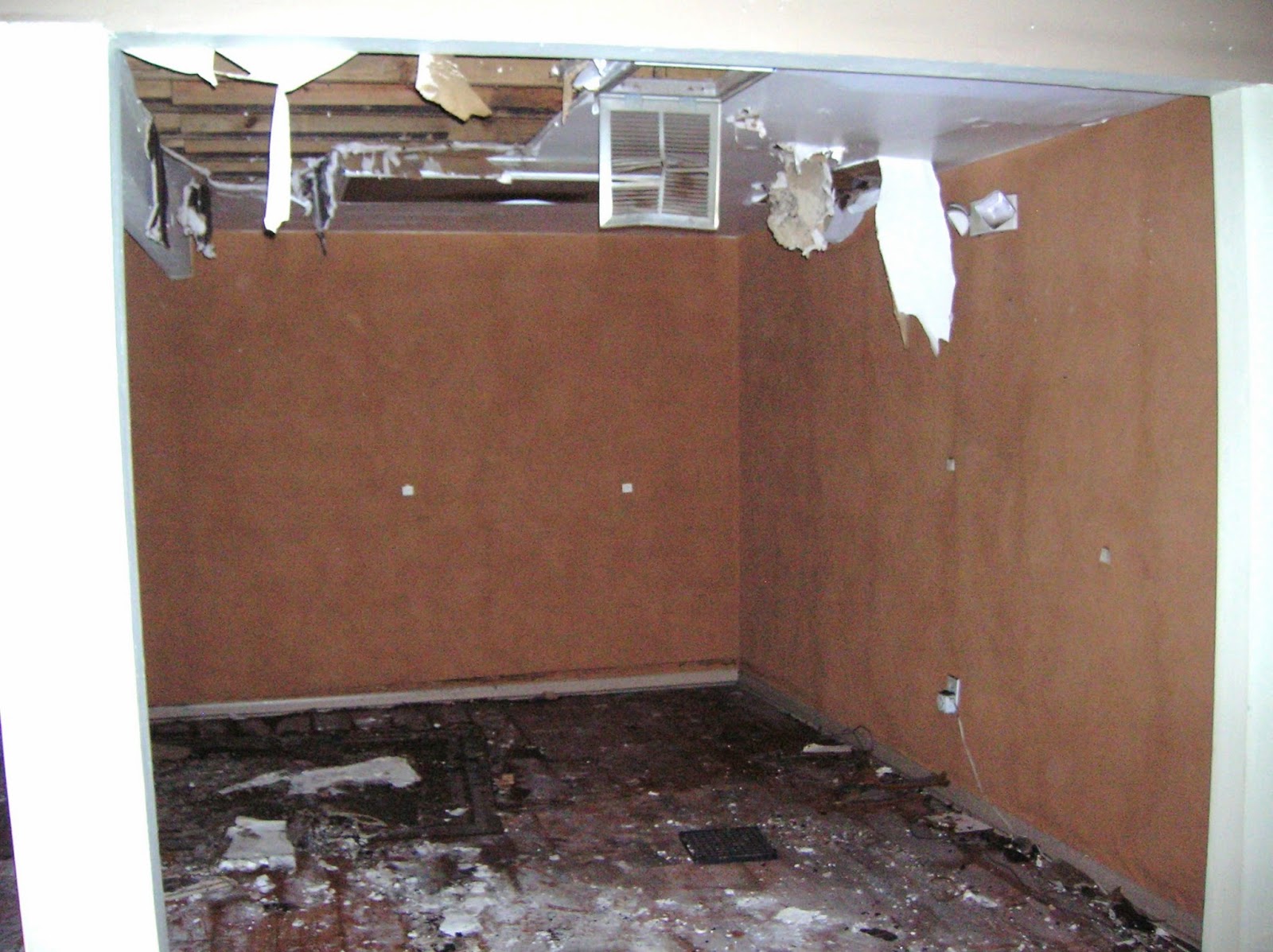 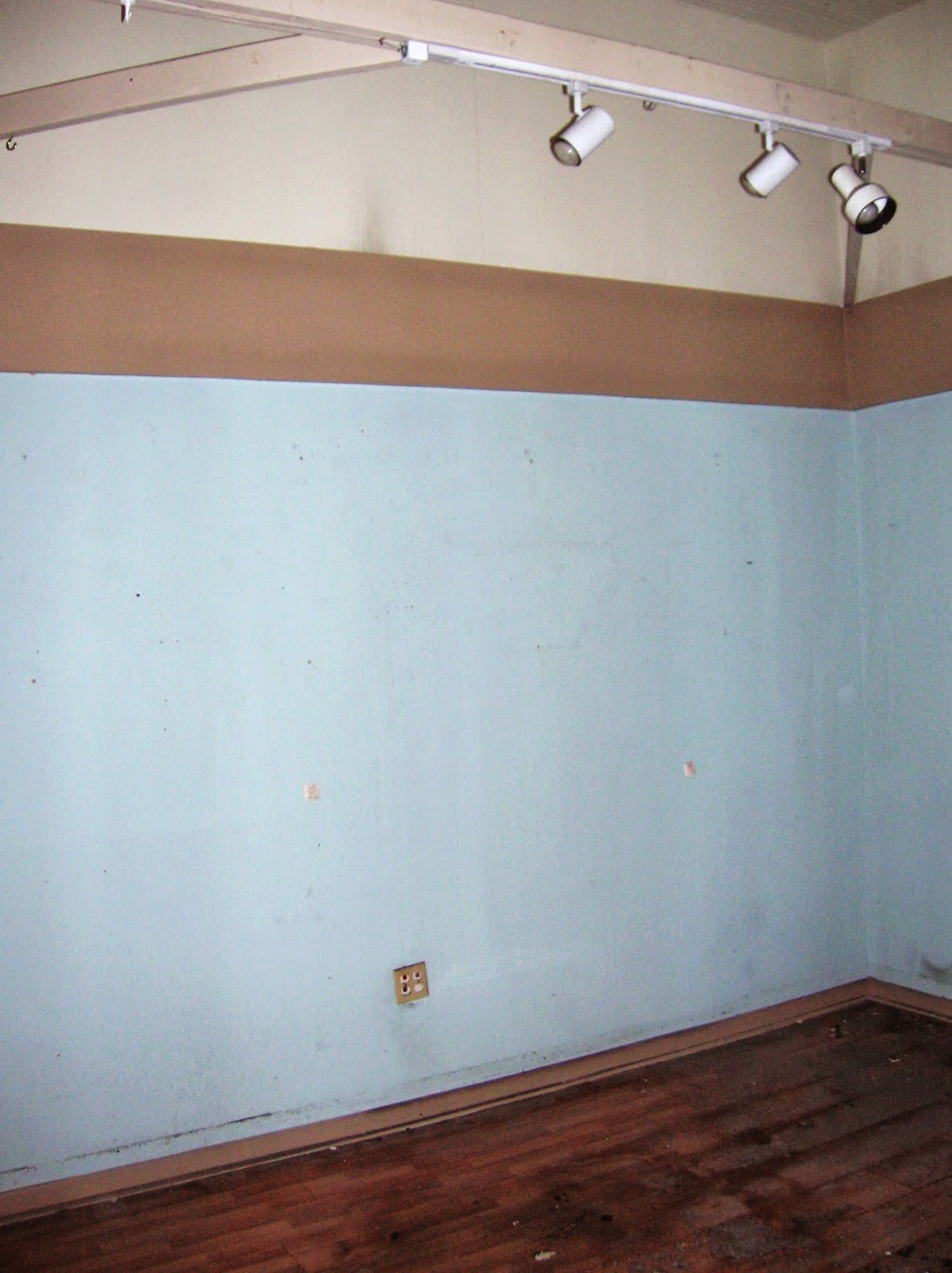 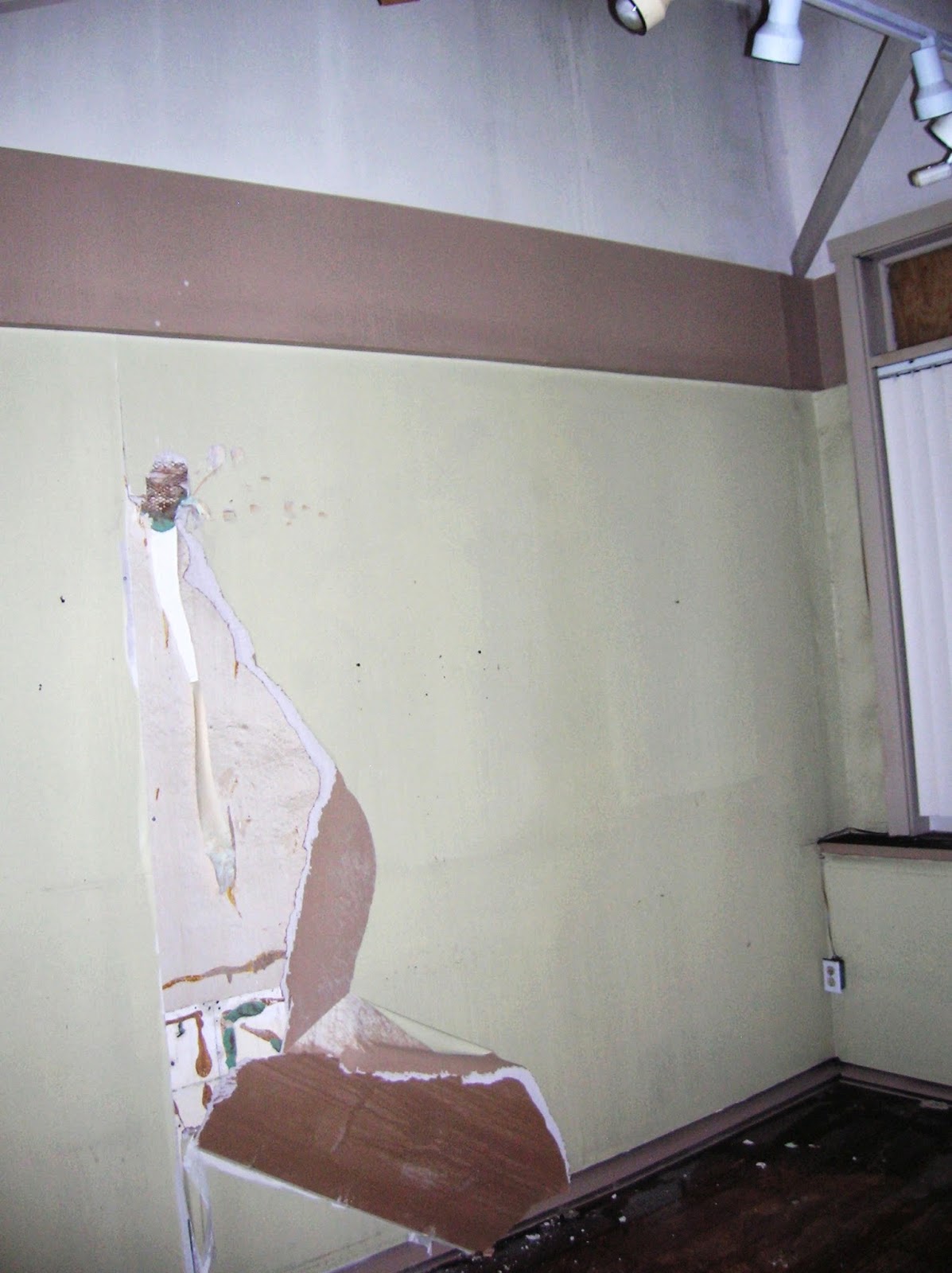 It's been over a month since this happened and I have managed to secure another smaller retail space (1000 sf. as opposed to the 1600 sf. we had) but at least it's a starting point and still in our neighborhood. There's no way I'd consider leaving anyway! And there may be a chance to expand to an adjacent space if it doesn't get leased until we're ready and we hope to come back bigger and better going forward. I've been able to save considerably more merchandise than I originally thought with many thanks to one of my wife's customers that owned a commercial duty ozone generator that I ran both at our new space and my warehouse and it really killed 95% of the smoke smell on pretty much everything that we had! Amazing machine!
We had still lost plenty of inventory especially area rugs, art, fabrics and lamp shades. A few of the particle board based pieces (of which we had few) were also toast. I'm really amazed at how well Howards Restor-a-Finish cut through the soot and water damage with just some 0000 steel wool and I was able to save a lot of pieces using this. Although the view has improved lately from a lot of days of restoration, here's what my warehouse looked like after we loaded everything in originally. 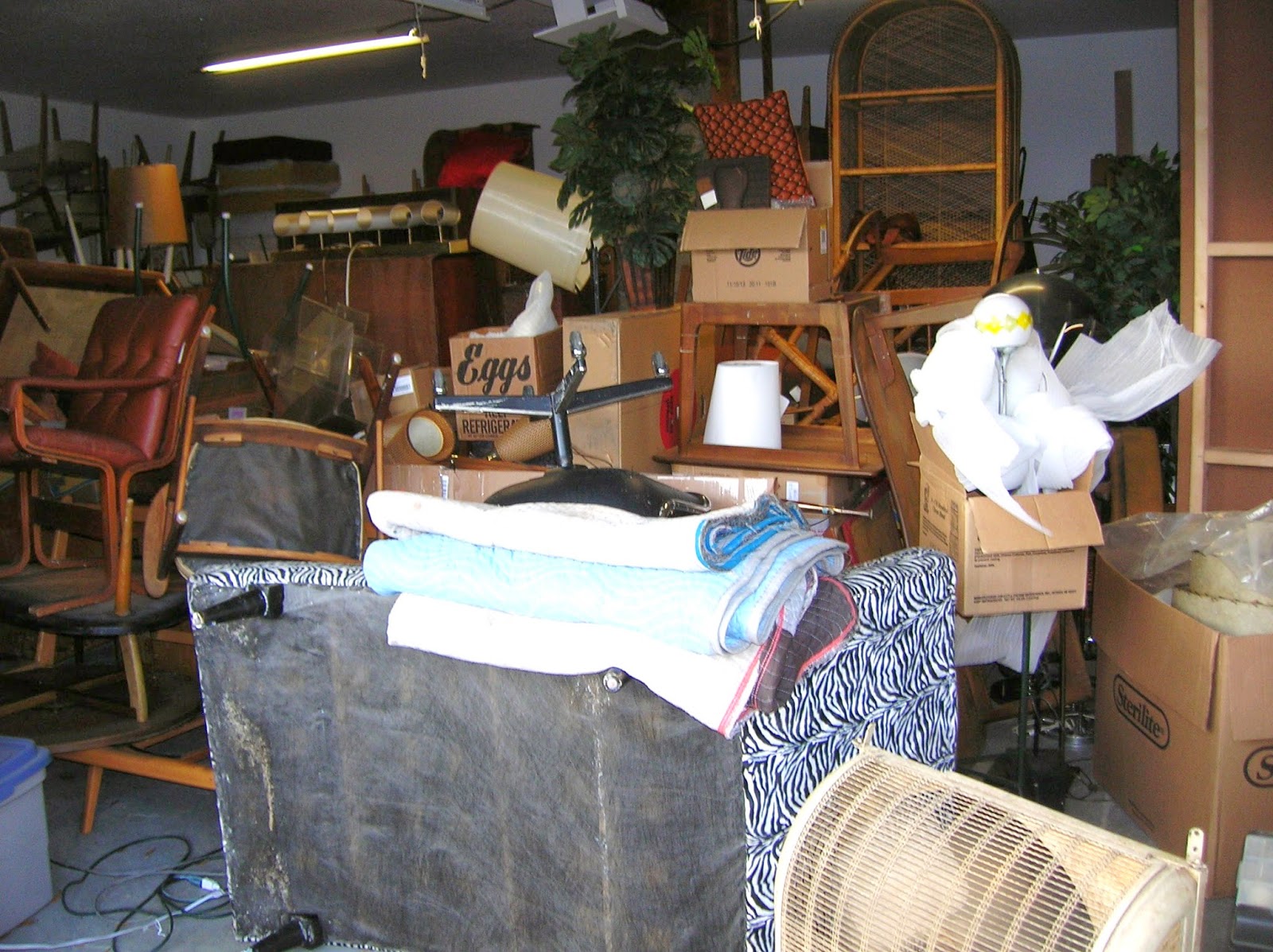 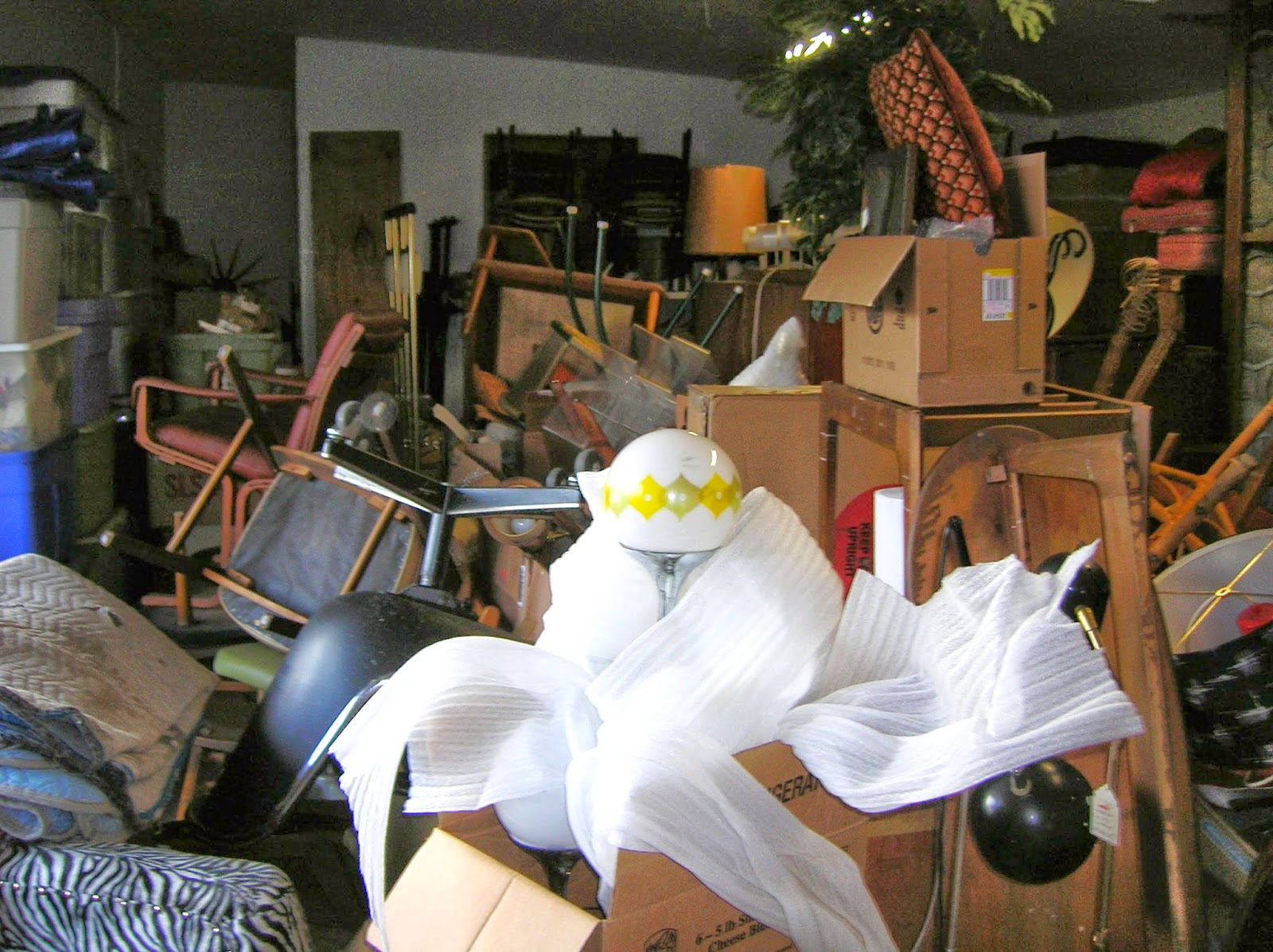 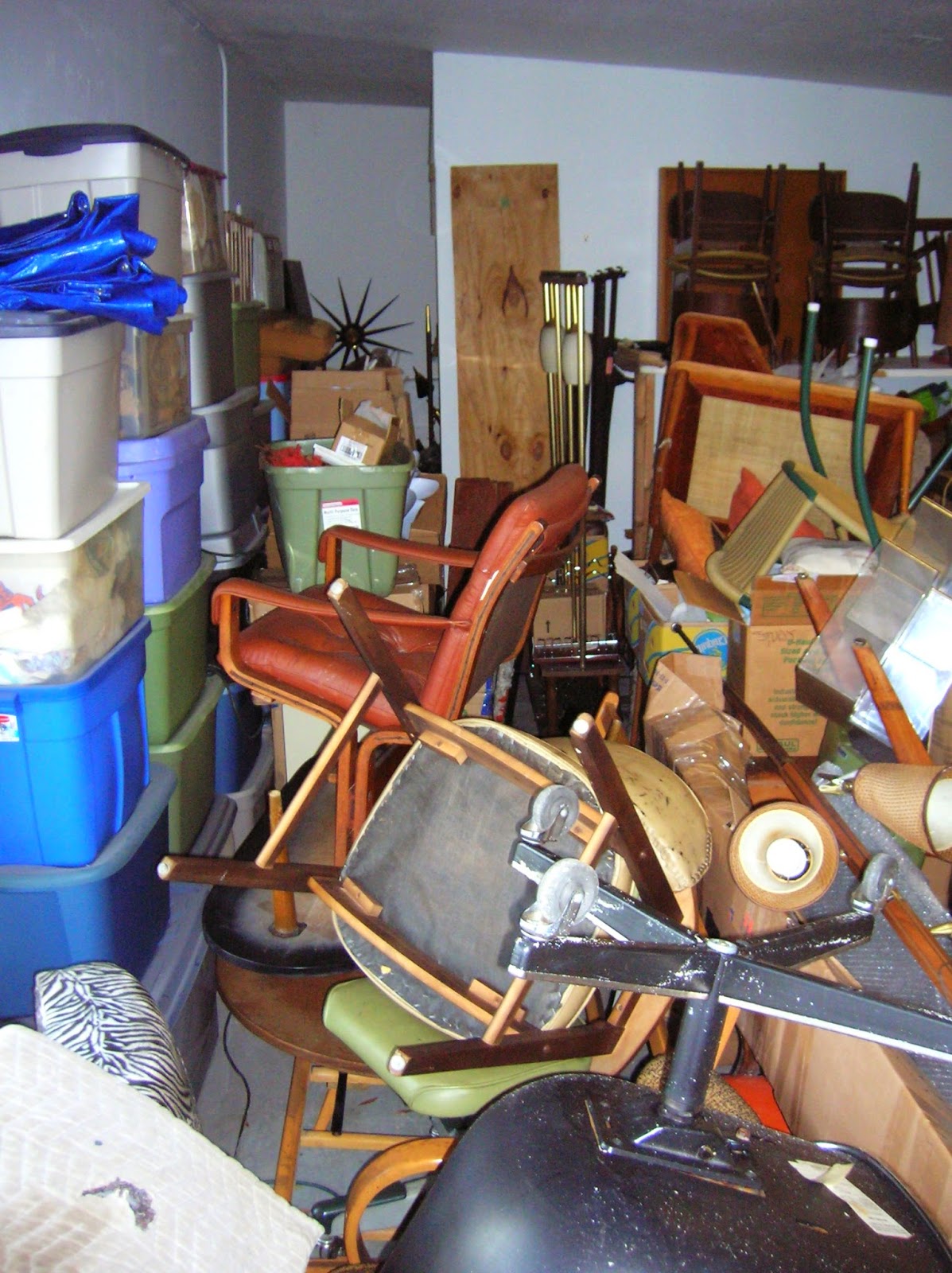 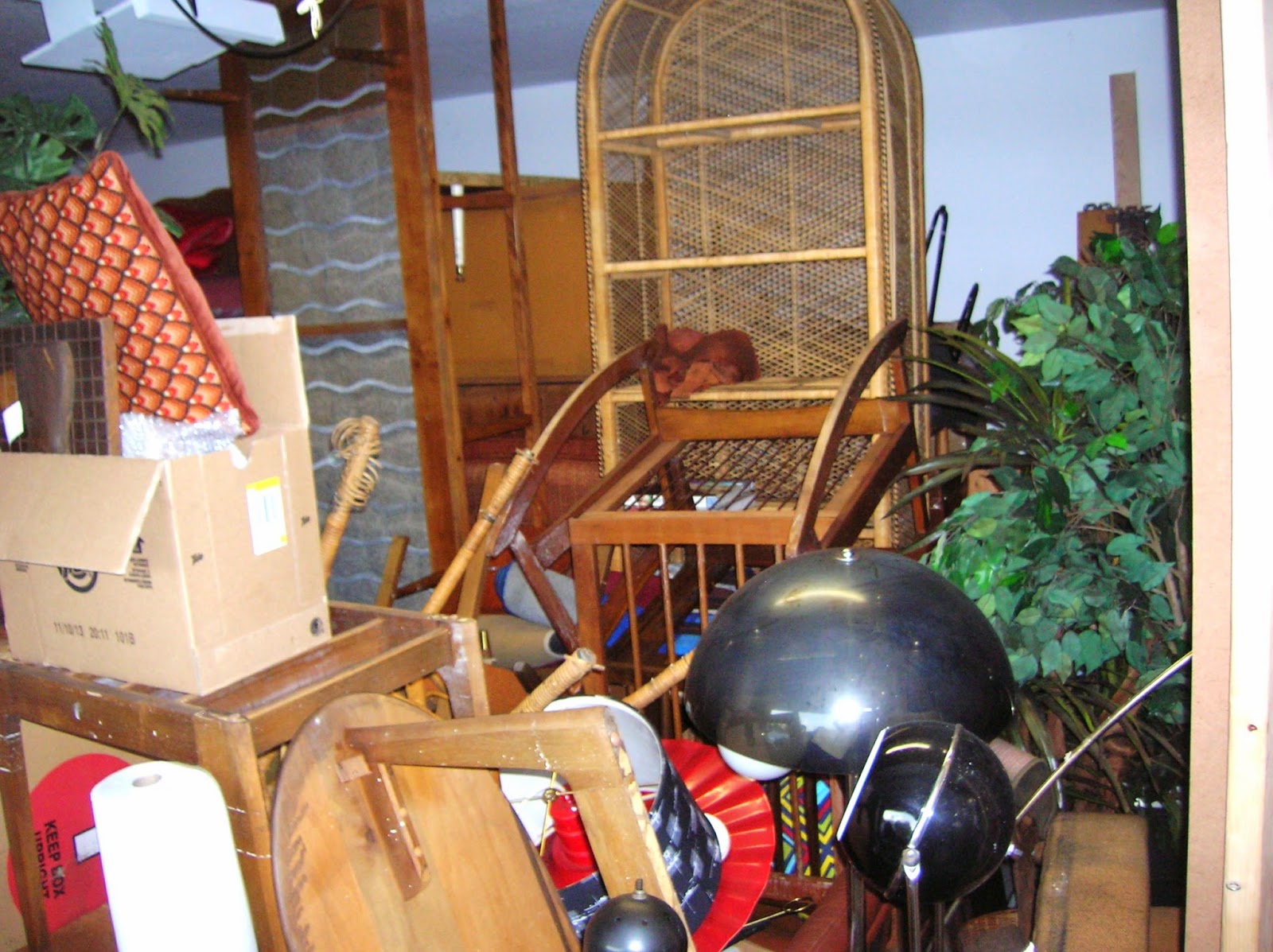 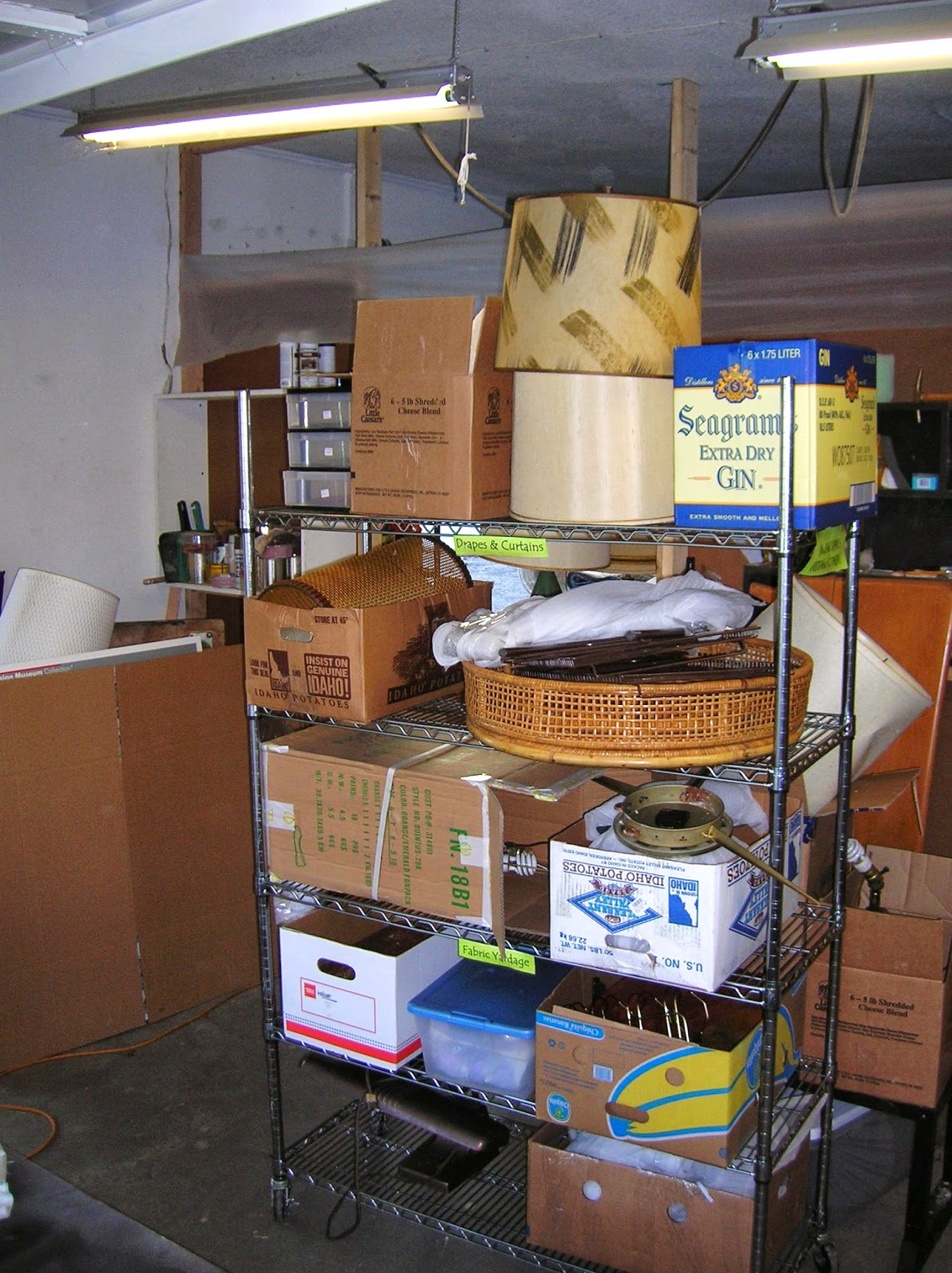 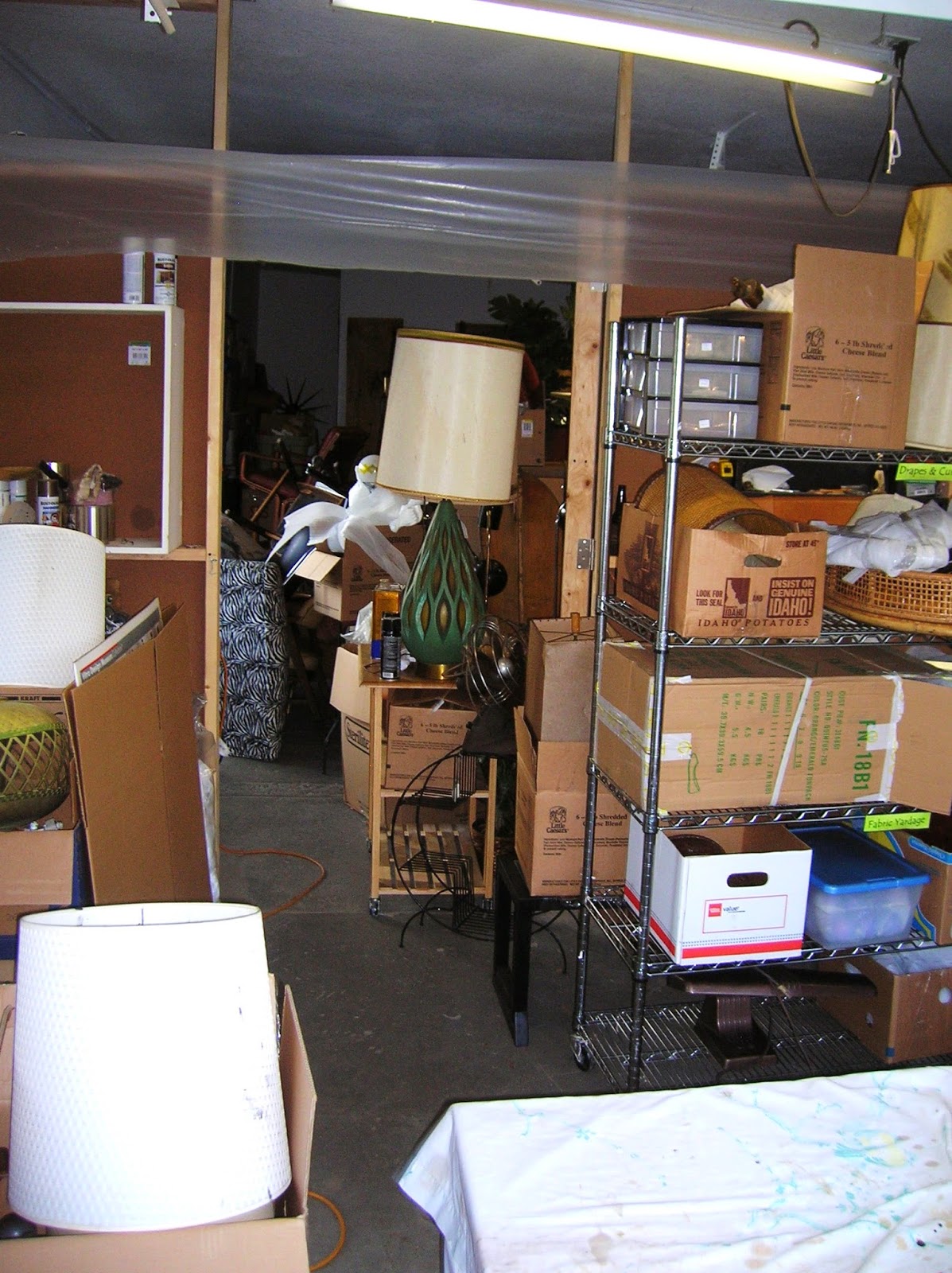 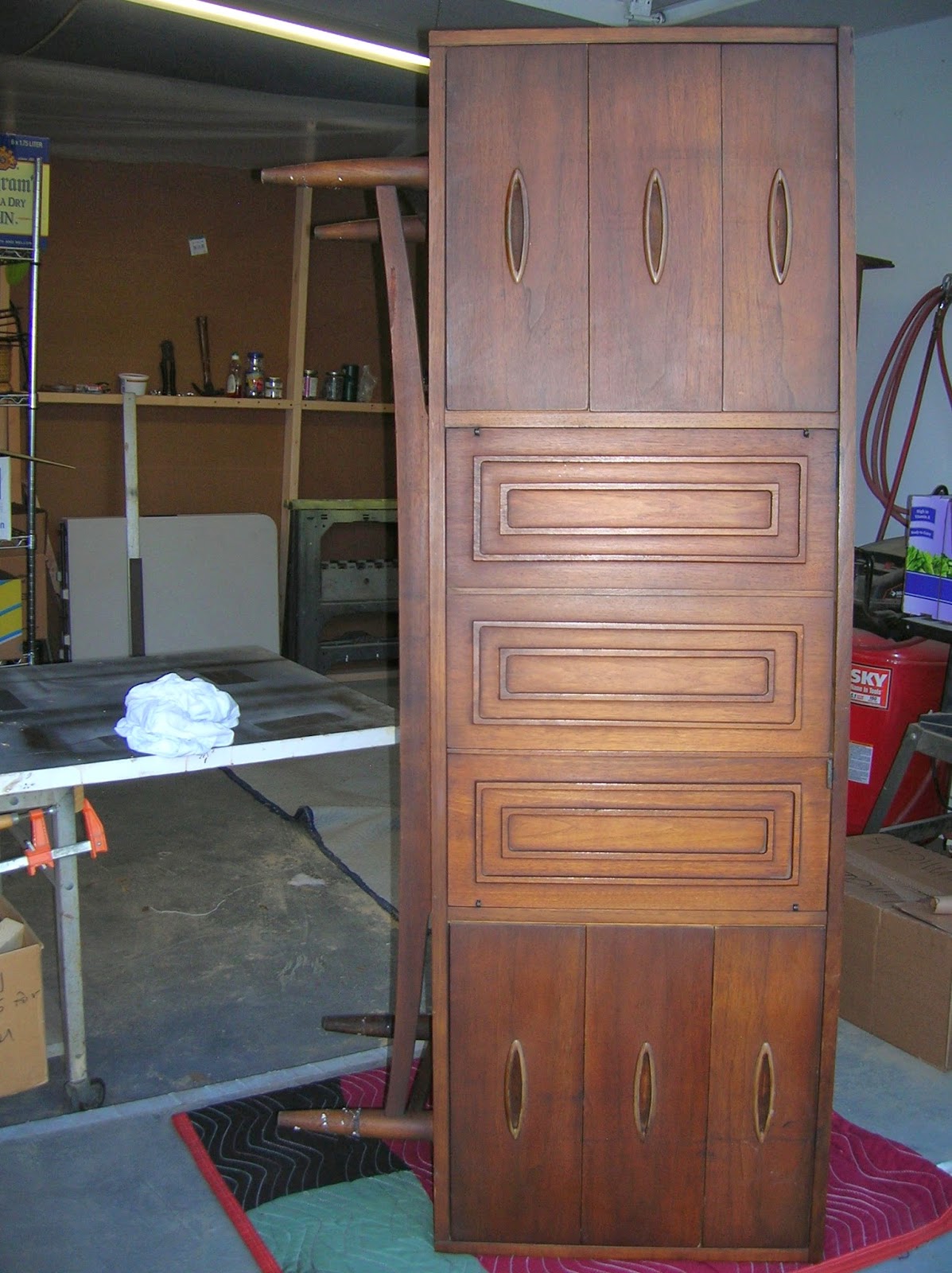 We also had a great response again Sunday before last with tons of family, neighbors, customers and local businesses coming out again to help us clean all the "smalls". Glassware, ceramics, lamps and other stuff that that make the shop pop. Our neighborhood has also set up the Heights Collective and Seminole Heights Foundation and are running fund raisers to help both Domani Bistro and A Modern Line get back up and running here in the neighborhood. I owe so many for so much I will be happily indebted to everyone involved for as long as it takes to repay their help! Just give me a few weeks, as I've kind of got my hands full right now!
Hope to have time to post about the new space soon! The new address is 4632 N. Florida Ave. Tampa, Fl 33603 and although we haven't transferred the phone as yet, you can call me on my cell at 813-416-6835. If you come by and see me in house, please knock on the door. If I'm there, we are open but excuse the mess while we try and get organized!
Phoenix in the process of rising!