We were recently contacted by a couple who are  downsizing in a big way for a one of a kind life adventure. They are planning a year long plus excursion across the country on bicycle and are divesting of pretty much everything they own. And boy, do they have some nice stuff to divest of! As they are big mid century lovers, the house had plenty to choose from. I don't think my pockets are going to be anywhere near deep enough to take too much off their hands, but I'm hoping we can come to terms on at least a few items to buy and hopefully get them to consign what we can't afford. This post is actually more about the house they've been renting than their stuff. And sadly, I did not bring a camera, so the pics are all not so great phone stuff. Still...this house is, lets just say, fabulous! 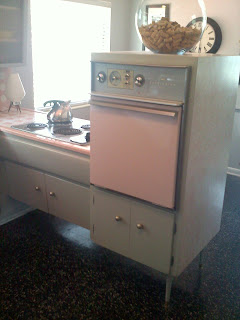 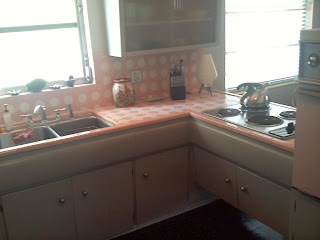 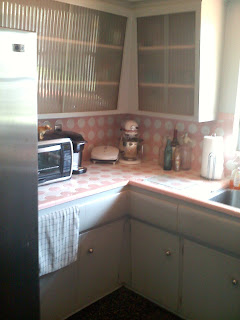 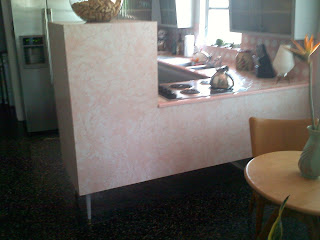 Everything in this kitchen looks original 50's.  From the counters to the cupboards to the appliances and tile work! From the occupants descripton, the stove is a bit iffy, but everything else is in working order. Totally fell for the ribbon glass in the cupboards. Could I be in love? 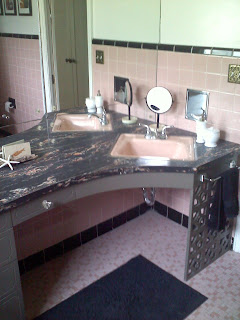 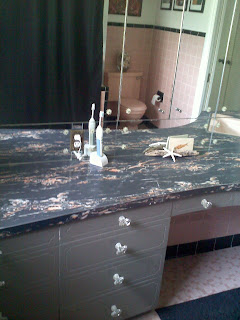 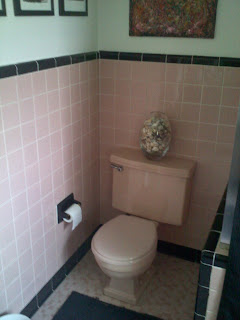 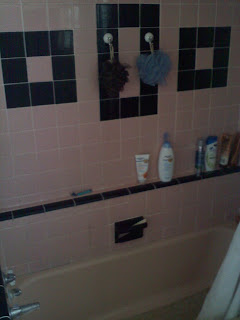 Yup, the bathroom is just as great as the kitchen! Everything thing in this house looks pristine! No renovation required here, just some TLC to make sure it survives another 60 years! It makes my heart glad that the owner has not decided to demo and remodel! Hope they don't ever have this in mind going forward... 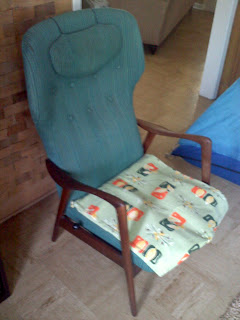 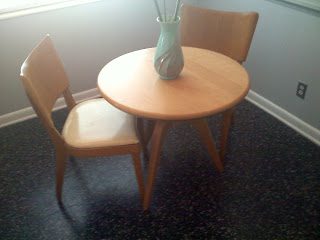 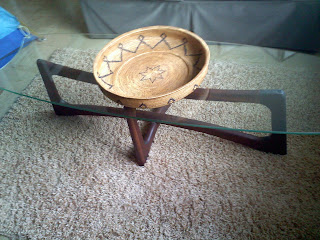 From the top, if not an original Adrian Pearsall rocker, this looks like it should be. Could not find it in the online catalogue. It has a locking mechanism that allows it to rock or be a stationaty piece. A really nice Heywood Wakefield small dinette. I'd never have thought this particular table could be used this way, but it looks great and functional with the two rayback chairs in the space.
What appears to be an Adrian Pearsall cocktail table base although I'm not sure the glass is original. I've seen this configuration before with the same glass.
If we can come to terms with the owners with their great stuff, I will be posting again.
Rainy weather has somewhat stalled the 50's atomic dresser and chest but I've made some progress and should be able to post the 'finished' job soon...
As always, thanks for taking a look and feel free to comment. Don't feel hesitant about my moderating my posts. I've had way too many people attempting to scam the blog with crappy ads. If it relates to the discussion I will definetely put your comments up!