Got a minute or two? So do we...Clocks, dressers and a thanks...

Spent the last couple of days working on two distinctly different MCM dressers I picked up a couple of weeks ago. The first is a nice small Bassett piece. Not a real high end score but it didn't have a ton of issues either. Veneer damage on both the side strips toward the back and the usual scratches and water marks. 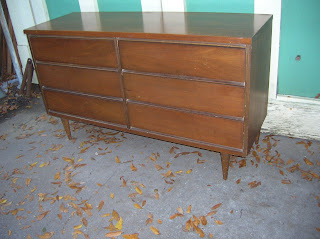 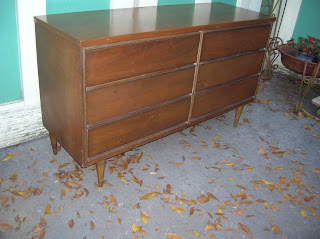 It also came with a nice little mirror. I managed to take care of the missing veneer with some burn in sticks without screwing it up too bad and after a little elbow grease it cleaned up pretty well... 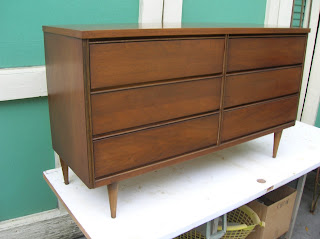 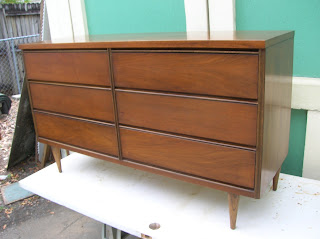 The other piece was another unidentified piece of quality construction. Simply stamped on the back 402 dresser Danish Walnut. I searched every inch of this and that was it. Has anyone seen this particular style before? Maybe got an idea of who made this? 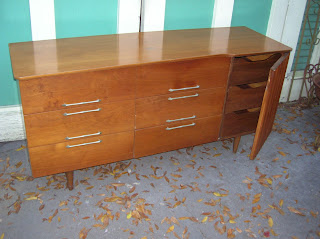 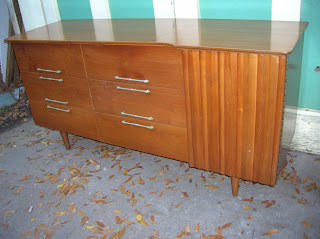 This is a very substantially made piece and was overall in pretty nice shape except, and isn't there always an except, for a bad chemical or heat burn mark in the top and the veneer was swollen just so slightly at that point and a couple of pretty obvious chips around the top edge. A lesser piece I may have just cleaned up and let go but this was too nice for it not to be properly repaired. A little burn in, a little sandpaper and some of the Early American treatment and it's all better now. 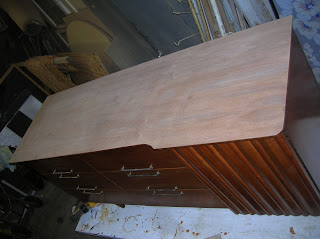 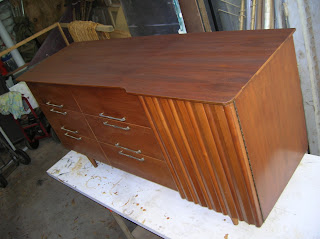 Oh yeah, and 4 coats of satin lacquer to top it off. Now it's ready for a new home!! 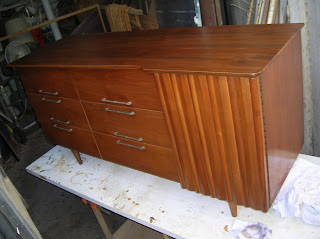 With those two projects out of the way it was time to clean up a couple of small lingering items before starting back on some of my Heywood Wakefield stash. I was putting the first one off because I didn't have parts but my wife unearthed a clock motor in her hidden stash which inspired me to finally knock this one out. 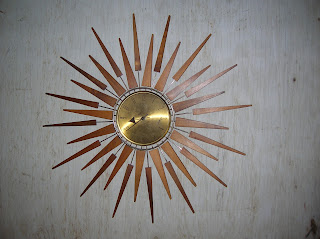 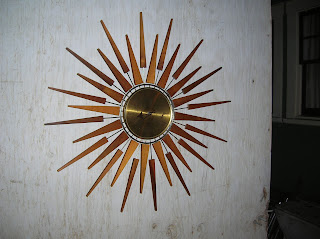 This Seth Thomas teak starburst turned out about as well as I could expect. Couldn't get all the corrosion marks off the face. Someone should be charged with clock abuse! It was also a major pain to get the original hands onto the new motor but after about a half hour struggle I made them work and it looks pretty good. The teak rays were all original and intact and cleaned up nicely along with most of the rest of the corrosion on the balance of the body. I didn't even have this one finished and my wife drags out another time piece she had stashed away. "While you're doing one you may as well do both" she says. Thanks, I was just thinking how bored I was going to be after finishing this one. :-) 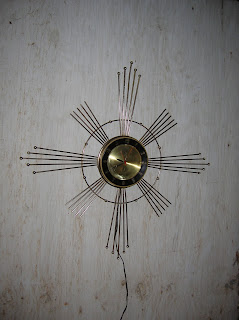 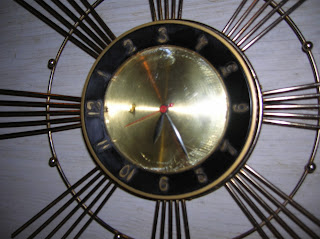 No batteries required for this piece. I don't think it had ever been tested before buying but after spinning the time adjustment wheel to see if the motor would even turn I plugged it in and it keeps perfect time. My lousy photography does not do this vintage "Lux" beauty justice! Much prettier in person...
Finally, just a thanks to Mr. Mod @ http://mistermodtomic.blogspot.com for his Sherlock Holmes MCM super powers in running down some photos of the scoop chairs and ottomans I picked up.
Here's what he had to work with: 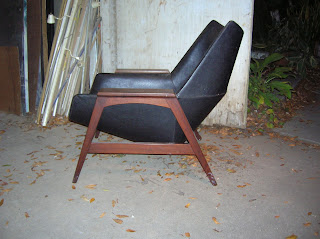 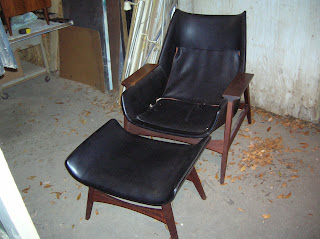 and here's what he found: 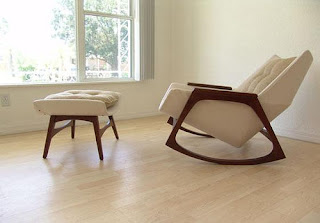 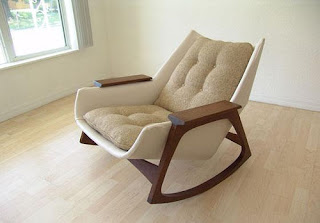 Absolutely the same manufacturer. Still don't know who that is but now that I see how it's supposed to look I can go talk to my upholstery pros. Hope to get some after pics of these up soon... Hey, Mr. Mod. Got any ideas on that dresser further up in the post :-) ??
Posted by A Modern Line at 3:00 PM